Paul Brophy said if labour issues are not tackled, they will be the “unwinding of the industry”

Irish horticulturalists are operating businesses that are ‘built on sand’, as concerns around labour shortages mount, an Irish grower has warned.

Speaking with RTE, IFA horticulture spokesperson Paul Brophy said producers are receiving the same prices for produce they received in 2008, and that those prices have not risen with inflation.

“We have businesses that are built on sand at the moment and that sand is going to move from underneath our feet,” said Brophy.

Brophy, who is a broccoli grower, warned that if the sector’s labour issues are not tackled, they will be the “unwinding of the industry”.

“People who come in to do that type of work, they’re not fools, and they go where the market is and for them as individuals if it’s working in a warehouse and not out picking broccoli or cabbage or any of the vegetable crops, bending over doing hard physical work out in all weathers. You know, the warehouse job wins, hands down, and we can’t compete with that.”

Minister McConalogue said the development of Ireland’s horticultural sector is a priority and has been laid out in the Food Vision 2030 strategy. “This year, for example, we have increased the budget for the sector by 50% for the scheme for investment aid which allows businesses and growers to receive grant aid for capital investment and specialist equipment, and that type of support will be continuing in the time ahead.”

“…We have tremendous potential to grow that right across the country and grow the percentage of fruit and vegetables that are produced domestically, and certainly as Minister, this is something that I will be focusing on as a key priority for developing over the next period.” 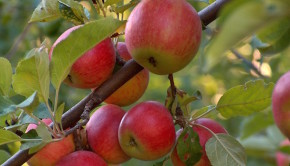